About the Rush Ranch Reserve

Rush Ranch Open Space is a 2,070-acre site located on the northern margin of Suisun Marsh in Solano County. The Open Space consists of approximately 1,050 acres of brackish tidal wetlands (old high-elevation marsh), 950 acres of grassland (including the Ranch headquarters), seasonal systems, springs and ponds, and a 70-acre managed wetland. 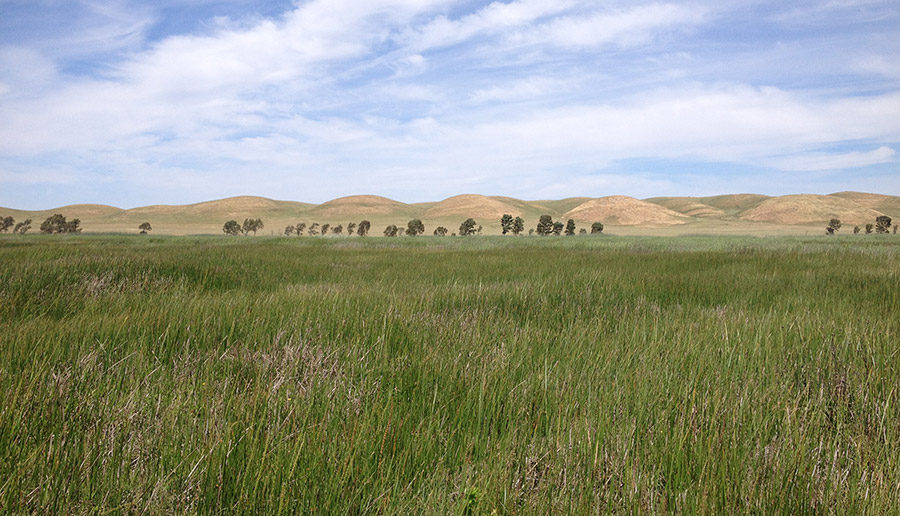 The Suisun Bay, in general, supports a great diversity and large numbers of waterfowl and shorebirds, as well as migratory passerines, due to the position of the Suisun Bay and the Pacific Flyway and also due to the conversion of the historical tidal marshlands to diked and intensively managed seasonal wetlands. The brackish tidal marsh at Rush Ranch is exceptionally rich in vegetation as well.

Rush Ranch Open Space is part of the land where the Patwin, a southern group of the Wintun people, lived for thousands of years. Throughout the 20th century, the ranch was operated by the Rush family. Rush Ranch was purchased in 1988 by the Solano Land Trust (SLT) through funding provided by the California State Coastal Conservancy. An Enhancement and Management Plan for this area was completed in 1989. In 2014, SLT approved the current Rush Ranch Management Plan.