About the China Camp Reserve 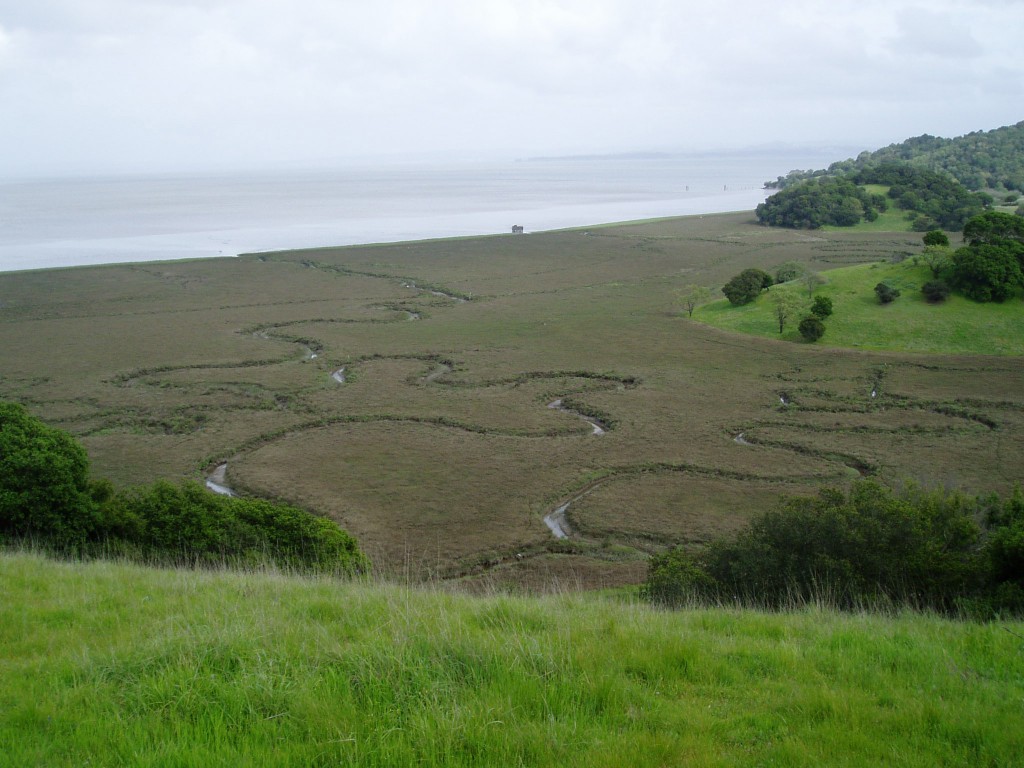 The muted-tidal brackish and freshwater marshes were historically part of the tidal salt marsh. However, North San Pedro Road now divides the marsh. Tidal flow into the marshes is partially restricted, and freshwater flow from the uplands is retained by the road; so the marshes on the landward side of the road are fresher and experience less tidal influence than the truly tidal salt marsh on the Bay-side of the road.

The area of tidal marshlands consists of ancient marsh, as well as marsh that formed in the late 1800s due to accumulation of hydraulic mining debris from the Sierra Nevada. Rapid sediment accretion in these newly formed areas resulted in a steeper elevation gradient and straighter channels than in the more ancient, high-elevation marsh.

A total of more than 140 species of birds, 26 species of mammals, 44 species of fish, and 15 species of reptiles and amphibians have been observed within China Camp (California State Parks 1979). The hills support at least three small groves of coast redwood, in addition to coastal shrub, oak woodlands, and isolated riparian stands. The association of coast live oak forest and tidal marshland is a particular characteristic of this site.

The tidal marshlands at China Camp host several species that are listed as endangered by both the federal and the California State species protection laws, including the Ridgway’s Rail and California Black Rail, as well as the Salt Marsh Harvest Mouse. The site also supports a variety of other species of special status or concern, including golden eagles, peregrine falcons, Northern Harriers, San Francisco Song Sparrows, and Soft Bird’s Beak.

China The SF Bay NERR is leading efforts to bring an adaptation project to address the low-lying road through China Camp State Park. This road bisects the ancient tidal marsh at the Park, impairing marsh ecology. The road is the recreation access for the Park. Commuters regularly drive this scenic route. Emergency responders use it whenever needed. Trial members gain access to cultural resources. Currently, it floods during winter king tides and large storms, and will do so more often as sea levels rise from climate change. The NERR accomplishes this in partnership with State Parks and Marin County and in collaboration with many entities. We hosted a Gallinas Creek Watershed workshop in October 2017 to kick off the effort, complete community-based adaptation concept alternatives in 2019, and are embarking on selecting and planning an adaptation alternative.